Now this is someone very close to my heart & also my Papa’s. He was one of the family members. He came to our house in the year 2004. I do not remember the exact date when he was born, as he was descendant to a cat family in my neighbour’s house. So, I used to celebrate his birthday on the 1st of June every year.   My father kept his name Gupal 🙂 , because he was really very tiny and cute when he came to our house, just a few days after his birth.

Gupal’s original owner is just two houses across the road. But, neighbour uncle gave him to us completely, as Gupal used to spend his entire time in our our house. Compared to his fellow cat brothers(His brothers also used visit us frequently), he was really very very little. So, in a struggle for food, he was always left behind. I used to give him food separately then. Gupal, was inherently a non-violent, calm, mild type of cat, unlike his brothers.

His body was steel grey coloured, with stripes, very much similar to that of a tiger(the picture above says it all). His fur was very very soft & overall he was one of the most cutest cat I have ever owned. His favourite food was sardines (a type of sea fish) in tomato sauce & for for breakfast & evening snacks, he used to have puffed rice in his own black bowl. In a month, he used to consume more than 10 tins of sardines. His “MEOW MEOW” still rings in my ears on many occasions. His eating hours were fixed, & and he used to head butt on to me or my father’s legs till the time he gets his due. That is a very naughty gesture of all cats. I suppose all cat owners will agree with me.

My father is hard core animal lover, unlike my mother, who will prepare food for animals, but was not much comfortable handling them. Well, everyone is different. However, may be I got my father’s genes to love animals as much as I can. My father was emotionally attached to Gupal. He used to talk with him, even I do that. This seems weird, but all animal lovers do 😀 . Gupal used to jump on to my father’s study table when he will be busy in some office work. He will lie down on the important papers, and do all kinds of stuff to draw attention. What can my father do then. Obviously he had to pamper Gupal, and give him some biscuit or puffed rice and make him sit in his own chair.

Once,I remember, my father got unwell & was lying in the bed. Gupal came nearby, did some 2-3 times of his “MEOW”s, jumped on to the bed & slept near the pillow. That day he did not even worried about his food. People say animals are emotionless and cares only about food and love, and more so of cats. But I say a strong”NO” to this statement. That day I felt the essence of the bond, which Gupal shared with my father. It was far more than just of an owner & his pet. Even many people do not like cats because they are thought of as cunning kind of species. But its not so. (Literally I am crying writing this piece, as moments are flashing in my mind ;( ).

There were many instances, when Gupal used to come home with a sore leg, with puss all over. Animals after all, jump and climb everywhere. May be he jumped over some iron fence or something, and got hurt. I used to wash that portion of his leg with Potassium permanganate, and sprinkle Neosporin powder on it. He used to cry so much much. One person will have to hold him tightly, whereas one used to do the medication. For worms inside his stomach, I used give him medicine from the Vet. As the medicine is very bitter, I used to fill a piece of fish with that medicine & give it to him. He never discovered my trick all this while 😀 .

I remember him purr(sounds made by felines when happy), and crawling into my lap, and sleeping with no fear. This shows how much an animal can trust you. I used to study in my room, and Gupal would open the door with his head, and climb on to my lap & sleep. These gestures are so unconditional. I still miss all this. Unfortunately, there are not many pictures of him with me, as during those days, I did not own any digital camera to capture all his moves—-catching a rat, climbing on a tree, hiding from the big fat cat of our colony, in the upper space of cupboard, etc. Some hardcopies are there in my home albums. I used to have a photo framed of Gupal, with a sunflower on his head, when I was studying in hostel. And all my friends used to tease me for showing so much love to him. I also pampered my hostel cats.

But, it was on that fateful day of Diwali in 2008, that Gupal disappeared & never came back ;( . We searched for him all around the campus, but there were no signs of him. It was usual for him to disappear for 1 day. But, more than 3 days was creating a lot of tension. That situation was very heart broken for us. But alas, he never returned. I wish he is in some better place now & happy than before. I, along with papa, miss him a lot. First few days of his disappearance made my father dream of him at nights. My mother too misses him now. After all he touched her heart too, it seems.

I dedicate this post to my sweet Gupal, for the love he gave us, for the moments he made us smile 🙂 .

I am a simple girl, who has a Travel Bug inside of her, which longs to go into the wilderness, far away from this maddening world, to explore new places, meet new people, indulge in succulent cuisines, and the list continues. This bug hit me when I very young.....I mean really young....may be 2-3 years old. I do not even remember. But I have faded memories of travelling with my parents all over India since that age. Of Course, now with cameras capturing everything that you have seen, memories become fresh and alive again. And now, being an independent individual, who is working away from home, I do miss my family. But I make out the time to enjoy my life, and never ever let that TRAVEL BUG die inside me. I love animals. Actually my whole family has a soft corner for animals, specially felines. I am also a food freak. I would love to taste all different kinds of cuisines, if I ever get a chance to visit different countries. I am not a great blogger, but I try to share my thoughts with the world, as and when I can, through SPECTRUM OF LIFE. This is my journey....hope you all will enjoy it. View all posts by niha85

From Chopta to Tungnath

Street food in Pattaya
Follow Spectrum of Life on WordPress.com
Join 2,008 other subscribers

I am following them 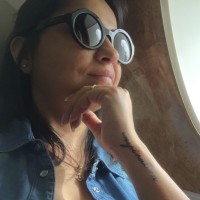 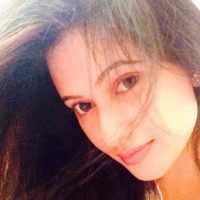 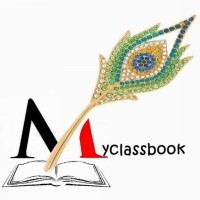 My passion reflects below

The days I wrote

I am a bloglovin fan

she is not lost

Not all who wander are lost

Connecting all foodies in India....

Thoughts and Imagination have no limits !

SELF LOVE & SELF CARE